< Back to all blog posts 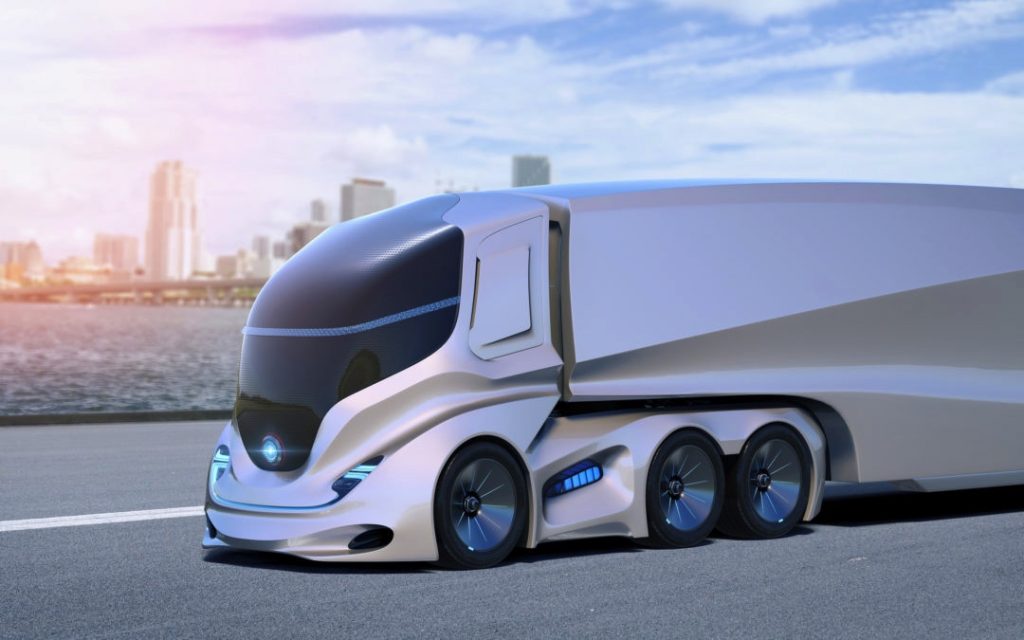 A self-driving truck also known as an autonomous truck, or robo-truck, requires no human driver, which is similar to self-driving cars. The interest in developing autonomous vehicle technology extends beyond passenger cars. Some companies that manufacture cargo vehicles such as GM and Ford also are taking a closer look at the importance and potential for driverless semi-trucks (a combination of a tractor unit and one, or more, semi-trailers to carry freight). Trucking industries aim to increase their efficiency and move more cargo between destinations with less expense.

The international standard (J3016) of the Society of Automotive Engineers (SAE) defines six levels of driving automation. Level 0 represents no automation, in which the driver is in full control and Level 5 represents full automation in which the driver only needs to start the car while the car does the rest. Today we are at Level 3, that involves conditional assistance in which the driver has access to automatic devices that steer, brake, accelerate and shift gears for the vehicle. However, the driver must be ready at all times to take over if necessary. Typically, these features are used on the open highway under good driving conditions, with the driver resuming control when leaving the freeway. Level 4, high automation, in which the driver turns on automatic driving when safe to do so and then he/she is no longer needed; this is still in the testing process for experienced drivers as the participant subjects. Level 5 will be implemented in the future when a vehicle is able to handle all driving tasks.

Test runs of autonomous trucks are already being carried out today. The trucks can be programmed to travel from point A to point B without drivers, under limited conditions. However, human drivers still are in the trucks for safety reasons and can take over the car controls (steering wheel and floor pedals) in case of emergency.

In everyday life more and more cargo companies are needed to deliver goods. Autonomous trucks will bring greater efficiency to the trucking market. With the same number of drivers or even fewer, self-driving car technology allows for moving more freight.

Today the self-driving car system is more suitable for the highway as long as for the first and the last mile, human drivers are in charge. Labor regulations for professional truckers are different in each country. When taking into consideration 10 hours of work followed by 8 hours of rest, the labor costs for a company can be high while some companies may put 2 drivers on the road for a non-stop run.

The self-driving car technology system can make deliveries 24/7 and avoid the busiest traffic time by going out at night instead of early morning. Working on the highway is difficult, stressful, including long hours without sleep, however, it is much simpler than driving in city streets, where one has to deal with pedestrians, complex traffic, pets on the road and other factors that make autonomous driving technology hard to analyze and navigate.

Autonomous driving technology brings big benefits to safety. Every year, trucks are involved in hundreds of thousands of collisions, resulting in thousands of deaths and tens of thousands of injuries. Out of fatal 100 accidents on the road, an average of 35 are caused by heavy vehicles. Traveling during off-peak hours helps to reduce accidents during the busiest time of the day. Besides, the autonomous truck doesn’t need to take a break and rest like a human driver, avoiding the human factors that cause accidents.

Reducing costs is another advantage of self-driving systems. For example, fuel costs are a huge part of the overall maintenance of cargo companies, and the customer pays a high price, depending on these costs. A trucker drives with emotion and every time he pushes on the gas and brake pedals, this consumes extra fuel. The autonomous system automatically chooses the optimal route to take.

Trucks that are equipped with features for vehicle platooning -the linking of two or more trucks in convoy, using connectivity technology and automated driving support systems – will be able to decrease fuel consumption and reduce CO2 emissions. Platooning allows heavy vehicles to travel closely and safely together following a lead vehicle that controls speed and direction through wireless communication, a kind of mechanical coupling, similar to “road trains”. In addition to lowering fuel costs, this technology utilizes road capacity better and saves time and emissions. When trucks align in a close group using connectivity technology (radar, GPS, WIFI) and automated driving support systems, the air resistance or drag is reduced. The small distance between vehicles decreases wind resistance and improves fuel economy.

A very real concern focuses on truck drivers’ jobs. It will not happen overnight but more and more truckers will be replaced by new technology. Nevertheless, humans still will be involved in the cargo industry as new job positions will be created to support the new system.

Another drawback considers security since hackers and other criminals look for vulnerabilities in new software that is being tested. Even if for now we don’t take the human drivers out of the cabin, there is still a high risk that hackers could compromise the control system.

We may still be far away from putting fleets of autonomous trucks on the road, however, there are already legal liability issues. There are many unsolved questions about potential accidents and responsibilities.

The big companies which are now developing autonomous vehicles, such as Otto or Chinese Pony.ai, outline the importance of taking a closer look specifically at self-driving trucks, not at the passenger vehicles. Otto is concerned about the number of highway fatalities. The need to make the truck safer is one of the company’s goals since 70% of freight in the US is delivered by trucks. Pony.ai is best known for applying a self-driving system in the passenger car but recently realized that the technology for trucks will be implemented much earlier because of the tremendous interest, already seen today, and support in commercializing autonomous trucks.

Our next step will be to find the solution so we can connect the transport management system (TMS) to the autonomous truck system such that it will be responsible all the way, respond to every change on the road route and bring the client full visibility.

“you may say I’m a dreamer

But I’m not the only one

I hope someday you will join us

And the world will live as one”

Maybe now all this seems far in the future, but don’t forget just in the 1950s we gave up the idea of using elevator operators! 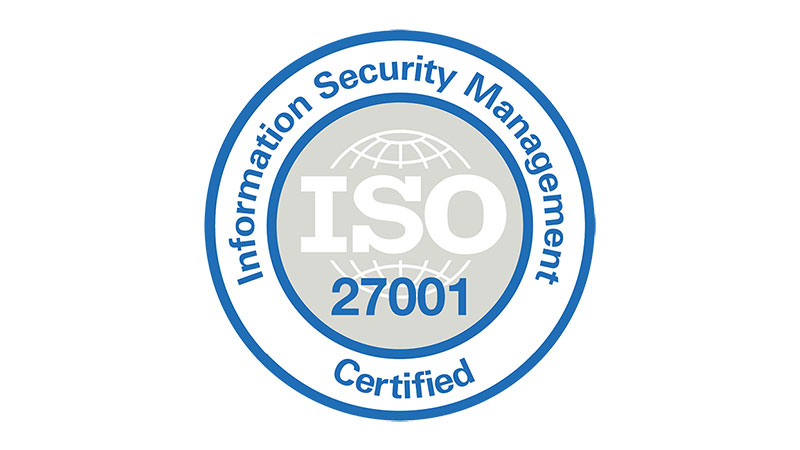 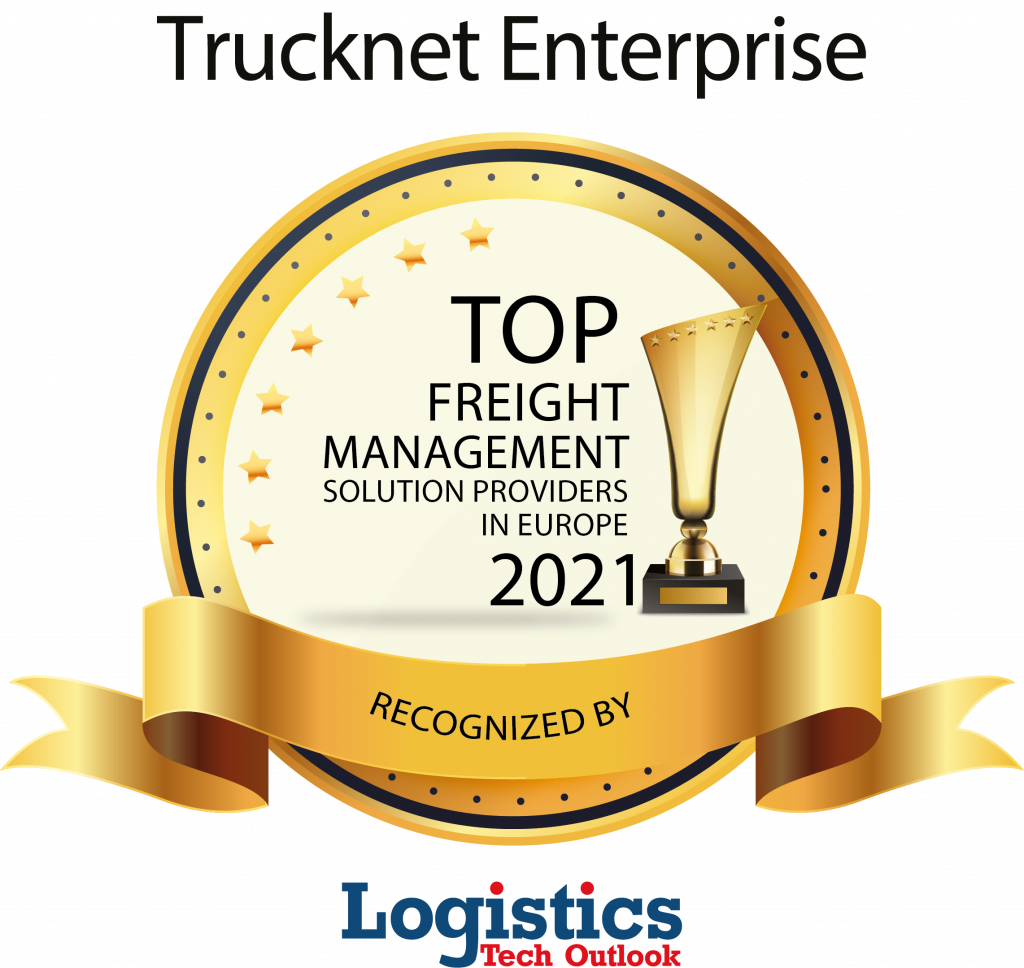